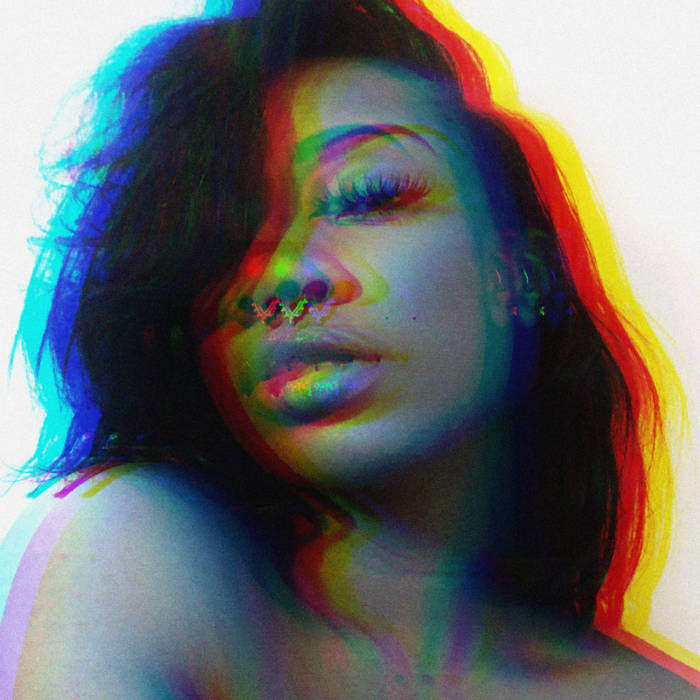 JALENKWRIGHT From the subject prominently displayed on the album artwork, to song titles like "Cocoa", to the animated music video for "Black", to the decision to collaborate with London-based producer and activist K, Le Maestro, Elaquent leans boldly into blackness as his medium which he chooses to 'Celebrate Life!'. It is noteworthy that only a legendary disc jockey such as Dibiase could help craft "Something Classic" that simultaneously sounds like a game of Ms. Pac-Man is being played in the foreground. Favorite track: Something Classic (feat. Dibiase).

Kon F Jennedy To be honest, track 1 misguided me completely. Wouldnt have pre ordered if I knew the rest of the album sounded completely different. (and worse.) Expected him to do better. Favorite track: Celebrate Life!.

PRESS: WHERE'S SHE GOING
KEEP SHINING: ELAQUENT
My Dad and I are both music heads. So any artist he throws my way, or vice versa, our ears get in tuned and we add that artist to the rotation. Earlier this year my Dad mentioned a Canadian producer by the name of Elaquent. He started listening to this producer 4 years ago. When I first listened to Elaquent, his vibe reminded me of a cross between Flying Lotus meets J dilla, all warped into Elaquent’s own unique style. Jazz, meets experimental over soulful samples and hip hop beats. I can tell an Elaquent beat when I hear his off beat, double scratch flowing right back into the 4 beat count. So Far So Good describes this unique sound to a tee.

From his albums Oldies, The Scenic Route, Worst Case Scenario, to Persona, I’ve been listening to Elaquent ever since. Just recently, I partnered with Lexus as a Creative Director for a commercial featuring their 2018 Lexus GX SUV. The goal was to create a relateable moment that captures millennials like myself and also highlight the heart, the grit, of a local hood in Chicago, all while driving in style. I wanted a trendy audio overlay as the final touch to the commercial. I reached out to Elaquent to use Something Classic off his Celebrate Life! album and of course it added the cherry on top to a new found cool. Feel free to check out the commercial if you haven’t already below.


For those aspiring to become producers, in the music industry or like me, simply hold music dear to your heart, this is for you. Without further ado, meet Elaquent.....
~~ wheresshegoing.com/home/2018/4/10/keep-shining-elaquent

PRESS: BANDCAMP.COM
The Best Beat Tapes on Bandcamp: March 2018
The reasons for pessimism, cynicism, and their attendant apathy are endless. Even when you ignore your newsfeed, you know there’s a torrent of horrendous notifications awaiting your return. It takes considerable fortitude to celebrate anything these days but, as its title suggests, Toronto producer Elaquent’s Celebrate Life! EP is an exuberant reminder of the simple beauty of existence. A departure from the muted, often-soulful suites on 2016’s critically-acclaimed Worst Case Scenario, Celebrate Life! glows from beginning to end. Bolstered by knocking percussion, the titular opener rides a shimmering synth groove that nods to L.A. funk-resurrector Dâm-Funk. On the Dibiase-assisted “Something Classic,” rollicking piano keys glint next to crisp snares. The six-track project ends with “São Paulo,” which weds samba rhythms, synth chords, and strings of laser-like blips. Like the rest of the tape, it’s an excellent and inventive fusion of seemingly disparate sounds. It is, indeed, something to celebrate.
~~ daily.bandcamp.com/2018/04/12/the-best-beat-tapes-on-bandcamp-march-2018/

PRESS: thewitzard.blogspot.ca
Celebrate Life! is the latest release from Toronto-based beat-maker and producer Elaquent released on URBNET—yep, that's the same label as Career Crooks and PremRock & Fresh Kils—in digital, CD, cassette, and vinyl formats. Elaquent's production work throughout Celebrate Life!, assisted by K, Le Maestro & DIBIA$E, has a quality similar to that of J Dilla's Ruff Draft EP (2003) as well as the Electronic/Jazz-Fusion sound of both Flying Lotus and Thundercat. Elaquent has previously worked with the likes of Moka Only, Thesaurus Rex, Iman Omari, O-Phrap, and Budamonk. He readily cites his greatest sources of influence as J Dilla, Madlib, Flying Lotus, Pete Rock, DJ Premier, DIBIA$E, Afta-1, Hi-Tek, Samiyam, Mndsgn, and Knxwledge. "Life sucks sometimes. With all the depressing things that happen throughout the world—to people you know, to yourself, even—it's important to take a moment and appreciate the beautiful things the world has to offer, to prevent from going crazy. Stay positive, celebrate life," Elaquent said on the running theme through Celebrate Life!
~~ thewitzard.blogspot.ca/2018/03/the-witzards-rap-ep-wrap-up-feat-alaska.html

PRESS: iSTANDARDPRODUCERS.COM
Canadian artist Elaquent released one of my favorite instrumental projects back in 2016 in “Worse Case Scenario”. What I love about Elaquent’s is his ability to lead and create a theme or vibe solely through sounds. For a producer of his caliber it would’ve been easy to just shell out a beat tape with some heaters on it, but El always goes the extra mile to create an experience.

Now if I’m being honest Elaquent’s latest “Celebrate Life” seems like the proper sequel to 2016’s “Worst Case Scenario”. Just like on “WCS” the tracks fit a certain theme and this project bears a more positive outlook on life. Six tracks deep you can peep “Celebrate Life” below.
~~ istandardproducers.com/beat-tape-elaquent-celebrate-life


BIOGRAPHY: Elaquent kicks off 2018 with his latest EP, Celebrate Life! The six-track record is set for release on March 2nd 2018, via URBNET, and is available for pre-order through the URBNET shop. Celebrate Life! is born out of reflection and graciousness, as expressed by Elaquent,

“Life sucks sometimes. With all the depressing things that happen throughout the world, to people you know, to yourself even, it’s important to take a moment and appreciate the beautiful things the world has to offer, to prevent from going crazy. Stay positive, celebrate life”.

Celebrate Life! features collaborations with notable producers K, Le Maestro and Dibiase, and will be made available via digital, CD, cassette, and vinyl.